The picture says it all ... and by the way Happy Birthday to my best friend Grace FLL, the Nando's fanatic! ;-)

Posted by Nickelby at 17:21 No comments:

It has been more than a week since the triple disaster in Japan (earthquake, tsunami and nuclear plant). As of today, people are still recovering from the earthquake and tsunami and at the same time having control of the nuclear situation in Fukushima Daiichi plant.

As I was on Twitter today, I stumbled across a picture of Ultraman and the tsunami. Where as a local Malaysian newspaper called Berita Harian decipits a controversial and insensitive cartoon of Ultraman running away from the tsunami, this picture that I came across was done right. You can compare them below. 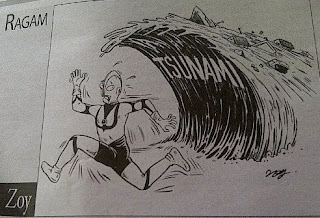 This is the controversial and insensitive cartoon by Berita Harian. Please take note that a majority of the Malaysian people have reacted very strongly to this cartoon. The cartoon is in no way represent the feelings of Malaysians. 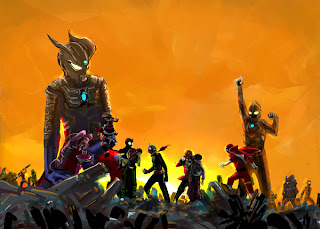 This cartoon is done right. It shows Ultraman saving people from the tsunami. Such cartoons aims to improve and promote hope to the Japanese people to never give up hope in the face of danger. Credits to Peter of J-List for sharing this.
Posted by Nickelby at 11:37 2 comments: