Danny Choo of www.dannychoo.com fame is in town! We had a meet up about a few hours ago at Hutong Lot 10 (same floor as the ISetan supermarket). Crowd was about 70-80 people at least with yours truly :-). No ... Danny isn't in StormTrooper armour but even then, he had the force to attract quite a number of people even those who were just having some grub there! 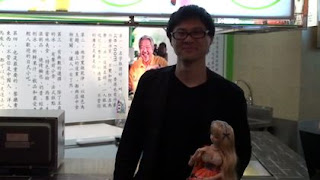 Danny just arriving at the meet up location with his daughter, Mirai-chan. Notice how beautiful she is? Classic I tell you! 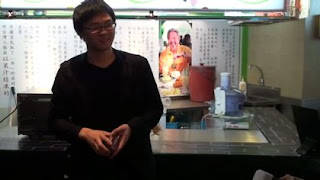 Danny preparing some magic tricks or rather his customary name cards to be given out to his fans. I managed to get mine signed by him. 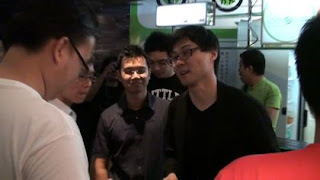 This picture does not really do justice as there were really a lot of people at the place to meet up with Danny. I wonder how he has all the energy to smile so very often and not showing us his murderous angry face ^^' 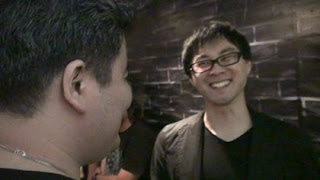 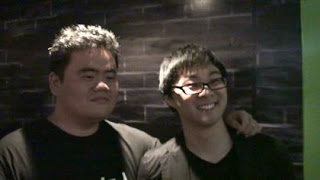 The customary picture of Danny and me. I never noticed I looked so 'big' compared to Danny. This picture will serve as a reminder to me that I must lose some pounds :-) 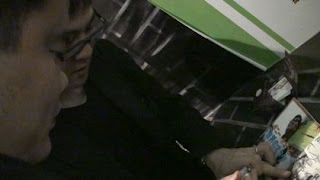 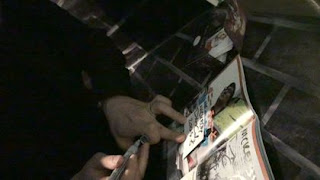 Danny finished signing my book. Marvelous piece of work if I should say so myself? Why? Anything that is rare to get (how often do you get someone famous and cool signing your book) is considered marvelous at least in my dictionary ;-). 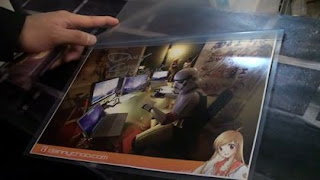 Danny signing another fan's piece of work. You got to admit it was kind of nice and creative to have the picture printed out with really cool borders and to finally have Danny's signature on it! 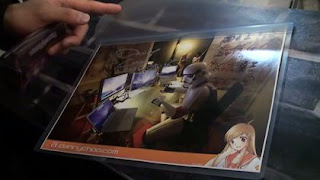 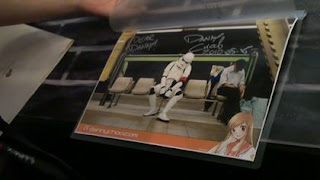 This is the other picture that the same fan did and had Danny signed it as well. 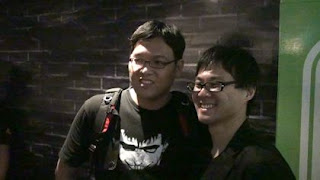 Hong aka Headbleeder, one of the Melati hackers having his picture taken with Danny. 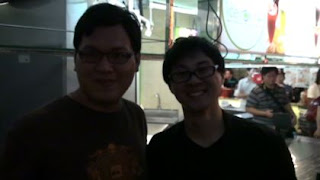 This is Yoong aka Grim Reaper, the other Melati hacker also having his picture taken with Danny. The quality of the picture wasn't so great as I don't really have a top notch SLR :-) 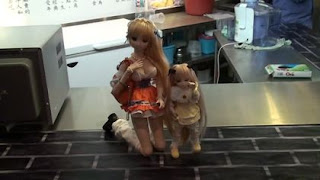 Mirai-chan with another dolfie from a cute girl whose name I forgotten. Don't they look like sisters? :-) 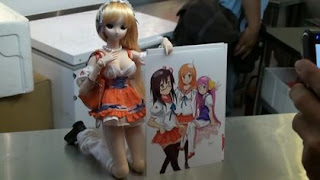 Mirai-chan with a really cool drawing done with a computer and of course some magical creativity and skills. 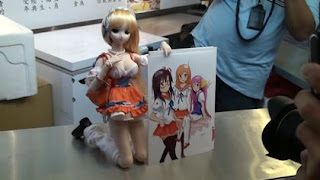 I really liked this picture hence here is a second shot of it. Wish I got mad skills like that :-) 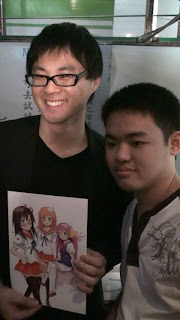 And here you have Danny and the creator/designer of that marvelous piece of art. He's a young chap. Just graduated and hoping to work in Singapore. I hope we'll see more of his work. Really a talented person! 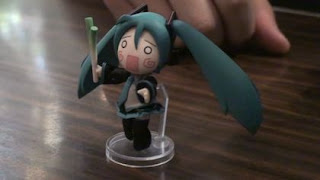 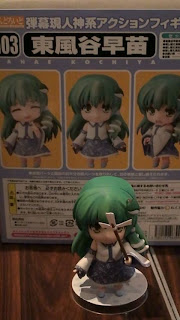 This is the other picture which I liked and also taken from the Danny Choo meet up. 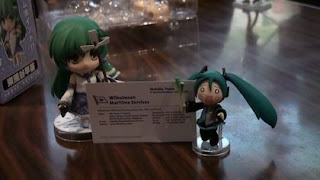 Since I like both of them a lot I decided to 'steal' them for a while and put my name card there for the world to see :-) 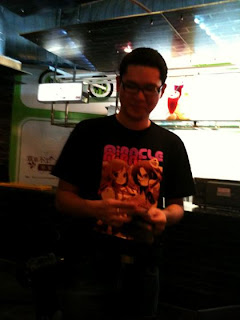 This is Solomon, the guy who made the Danny Choo meet up possible. You might know him as the Danny Choo copy or the fake Danny Choo but whatever it is, he has my gratitude for making this meet up a possibility. 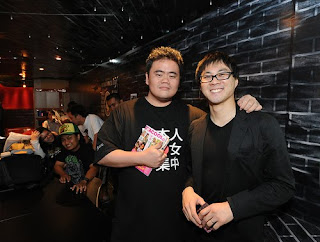 Solomon really took some nice pics with his camera. He has mad ass camera skills :-). He kindly took this of Danny Choo and me ^_^ 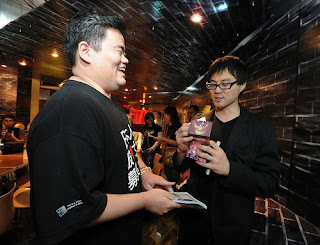 He then took this of Danny Choo giving me his name card. Danny gives generic name cards to all his fans. It only lists out his website and his e-mail address. 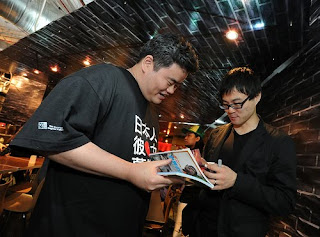 Me showing Danny my Otaku-ness with my copy of Otacool 2 book. I actually had Danny signed my Otacool 1 book through Hong ^_^' 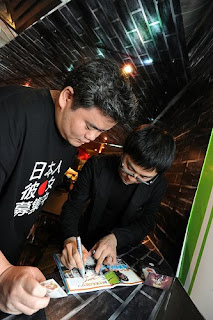 Another picture by Solomon capturing Danny signing my Otacool 2 book.


That's all folks for now. I will be updating my blog soon with some other stuff which might be interesting or uninteresting for you depending on what you like. Please feel free to add me on Twitter or Facebook. Nickelby is an easy name to find :-). Signing off ...
Posted by Nickelby at 21:56 3 comments: